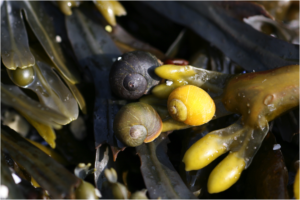 Organisms residing in the rocky intertidal regions of the northern Atlantic Ocean live life on the edge, experiencing significant (but predictable variation) in conditions. Sunlight, temperature, humidity, wave exposure, and wind change daily with the tides and seasonally. On top of that, conditions also vary greatly over geographic scale, with cooler conditions at more coastal locations and at higher latitudes. My dissertation research at the University of Pennsylvania with Dr. Paul Schmidt focused on understanding how this environmental variation might affect organisms that live throughout the rocky intertidal. The flat periwinkle snail is colorful and is found throughout the Gulf of Maine. We found that yellow and other light color snails increase in frequency in locations that are hotter and more protected from waves both on the coast and in two river systems. We also found that light snails are cooler and more likely to survive exposure to hot dry conditions which might contribute to their greater numbers in thermally stressful locations (Phifer-Rixey et al. 2008). 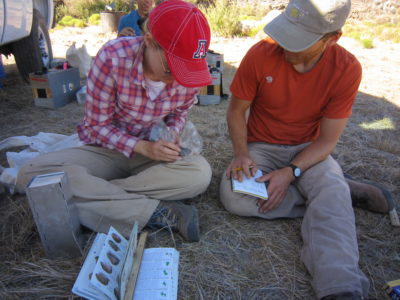 Rock pocket mice are found in rocky areas throughout the deserts of the southwestern United States and northern Mexico. Most rock pocket mice live on light colored rocks and have light dorsal pelage, but mice found on lava flows are typically melanic, with dark dorsal pelage that closely matches the color of the basalt rock. Four nucleotide changes in the coding exon of Mc1r were shown to be in perfect association with coat color variation in Pinacates, AZ. Rock pocket mice have become a textbook example for adaptation. In work while at the University of Arizona with Dr. Michael Nachman, we identified Agouti as the gene underlying variation in coat color in two other populations. Our data also suggest that the specific genetic basis of dark coloration in these populations differ. Therefore, it is likely that there are at least three independent origins of adaptive melanism in rock pocket mice (Phifer-Rixey et al. in prep). This work highlights the complexity of a seemingly simple example of adaptation. 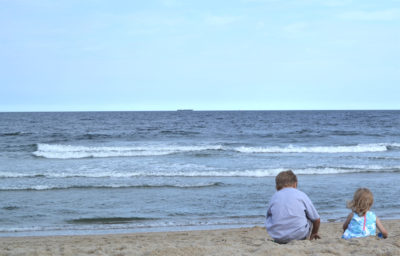 Dr Phifer-Rixey was recently awarded the Monmouth University Faculty Fellowship to expand genetic resources for our Marine and Environmental Biology Program. Marine, estuarine, and coastal communities are expected to be affected by changing climatic conditions, affecting everything from thermal maxima and minima to the physical chemistry of seawater.  She will be working to develop a local system in which to investigate the evolutionary impacts of climate change. Dr. Phifer-Rixey is also participating in the Evolving Seas RCN funded by the NSF. As part of a working group, she is helping to develop evolutionary models that explicitly account for spatial connectivity typical of many marine taxa with larval forms.